Book a ticket for the How to be a botanical artist event via Eventbrite. The charge is £10 (£11.21 including the Eventbrite fee).

Artists who will be present:

Linda Alexander SBA ROI  – Works in oils.
Linda’s early career was as a qualified architect. Her graphic skills were employed for preparing artwork and presentation drawings for national and international competitions.
Following a number of successful shows Linda decided to become a full-time professional artist in 2005. Her work has been shown in London galleries, including the Mall Galleries London and since 2007 she has exhibited each year at the RHS Chelsea Flower Show. She has won a number of prestigious awards and her work is in private collections worldwide.

Roger Reynold GM (2016) SBA –Watercolour
Roger is an experienced botanist and plant illustrator. He has won a Certificate of Botanical Merit for his work at the Society of Botanical Artists where he is a member, and has exhibited every year since 2003. He is also a member of the Institute for Analytical Plant Illustration. He received a Gold Medal from the Royal Horticultural Society in 2016. 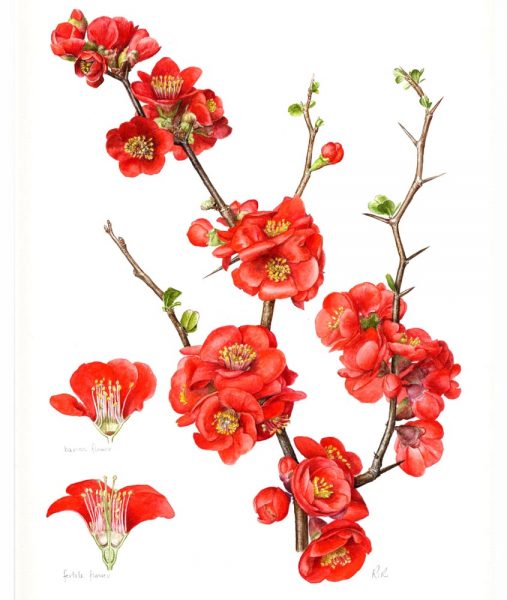 Margaret Fitzpatrick SBA – Watercolour
Margaret began her professional career as a freelance Heraldic Artist and Calligrapher and examples of her work hang in St George’s Chapel Windsor, in Westminster Abbey and in the Inns of Court. Since the 1990s Margaret has focused on Botanical Illustration and has had work hung in many exhibitions and galleries. Her training in the detailed and precise work of heraldry and illumination is reflected in Margaret’s botanical illustrations. 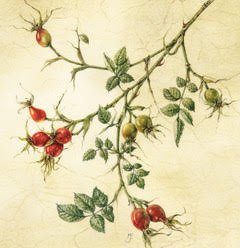 Sue J Williams GM (2008) SBA – Watercolour
On returning to the UK from Zimbabwe and New Zealand, Sue was elected to the Society of Botanical Artists and has exhibited annually with them, as well as more locally with Florum, and she has become a Fellow of the Chelsea Physic Garden Florilegium Society. Sue was awarded a gold medal by the RHS in 2008 and had the opportunity to show 25 paintings, “Black and White, in Colour”, at the Shirley Sherwood Gallery, Kew, in 2013-4.
Her work is held in the collections of Dr Shirley Sherwood, the Royal Botanic Gardens at Kew, Chelsea Physic Garden, the RHS Lindley Library, as well as the Isaac Sutton Collection and Hunt Institute in the USA. 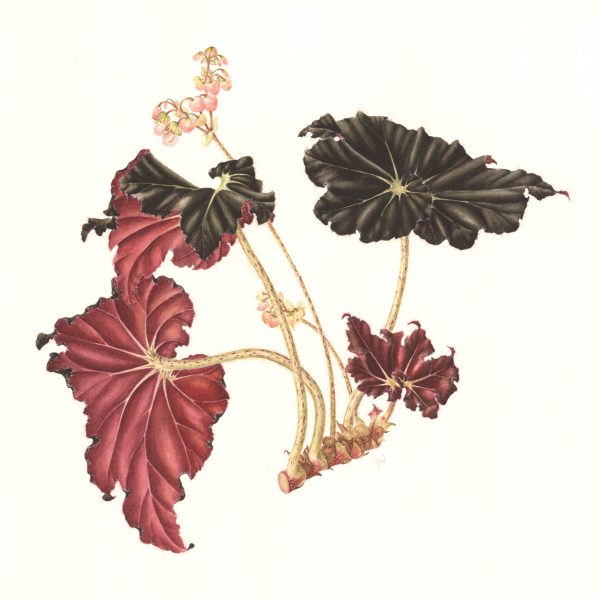 Penny Brown SBA  works in collage
Penny has always worked as a professional artist. She trained as a theatre designer and designed scenery and costumes for productions all over Great Britain. Simultaneously her oil paintings of shop fronts and formal gardens sold at the Portal Gallery in London’s Bond Street. Gradually she focused more on illustration – first craft and lifestyle books, then gardening, natural history and design source books and has worked for many publishers, including DK, Liberty’s, Reader’s Digest, Lorenz Books, Guild of Master Craftsmen, David and Charles, and Search Press. Her work has appeared in over 75 books, most recently in How to Draw Garden Flowers published by Search Press. 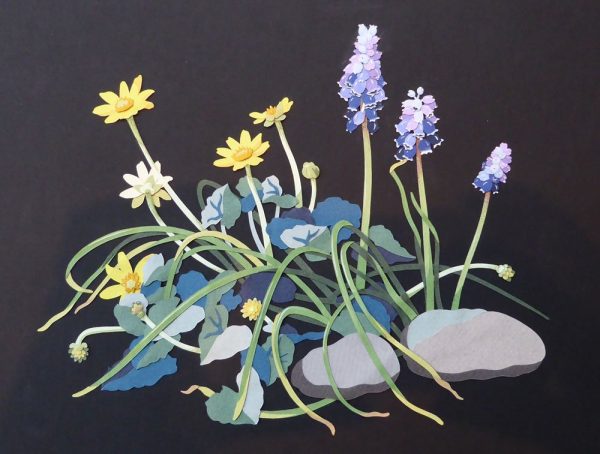 Helen Hanson SBA -Print maker, coloured pencil & pen & ink.
Helen Hanson has always been interested in creating a “window on the wild”. At school she loved art but followed the family tradition of Languages and taught for 17 years before reinventing herself as an artist. She spent many years as a professional printmaker, exhibiting her landscape etchings throughout Britain. She was a member of Greenwich Printmakers for 23 years and a founder member of South Bank Printmakers. She has been in the Society of Botanical Artists for many years and was a winner of the President’s Award for her printmaking.

After years spent turning the press Helen decided to move into new territory, experimenting with landscape and botanical painting. Ten minutes into a coloured pencil class, she knew that she had found her next medium.  A chance mixing of ink with coloured pencil led her into a new way of integrating the two media which she has firmly established as her own. 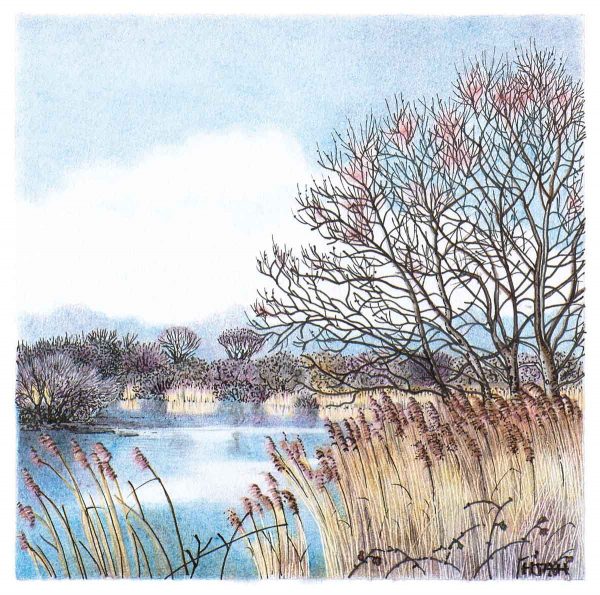 Sheryl Pape DLDC – Watercolor
Sheryl Pape is an artist originally from South Wales. She has always painted butterflies, birds and flowers. She lived near the Gower Coast and found the beauty and natural environment a perfect setting for her paintings. Although she works in watercolour mainly she also likes other media such as oils, acrylics, and colour pencil and enjoys to paint in different styles.

She spent over a decade in Spain with her family and It was there that whilst walking and observing the beautiful and exotic flora that she realised that she wished that she had studied Botany, so looking for courses online she found SBA distance learning course being as the art side of Botanical study was of great interest to her. The work she saw inspired her so she signed up! She gained a distinction for her work with SBA DLDC and feels the course has given her  discipline, skill and confidence to produce works that are highly detailed and accurate.

Sheryl now teaches Botanical Art at the Wickham Institute,  Binsted near Alton and has been commissioned  to paint Binsted School mural with the help of the children and amongst other commissions a beautiful greetings board at a most highly recommended restaurant ‘The Chequers Inn’ at Well , which can be seen at the main entrance of the charming 17th century Inn.
Sheryl enjoys writing and illustrating children’s stories and many of her paintings are based on mythology or legends, but in all of these works there is always a strong Botanical element. 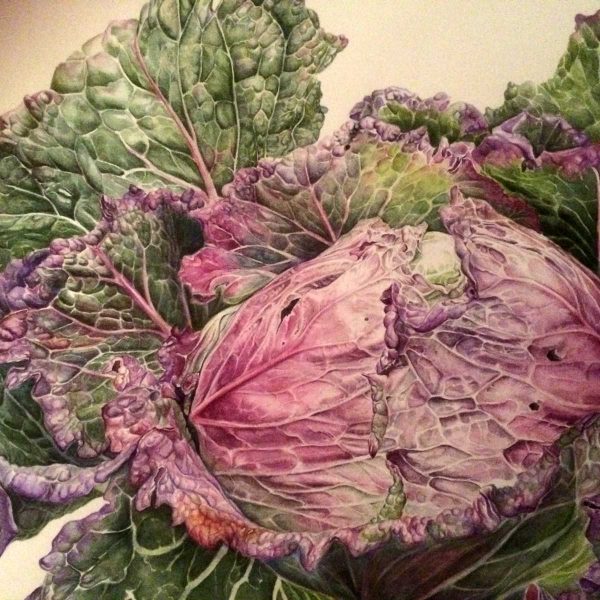 Sarah Wood SBA – Watercolours
Sarah visited Marianne North’s Gallery at Kew Gardens when she was a child. Marianne’s work made a huge impression on her, and she began painting flowers herself. But it was only when studying with the Society of Botanical Artists on their Distance Learning Diploma Course, that she became more serious about art.

She achieved her diploma in 2010, becoming a full member of the SBA in 2014. Sarah has written articles for magazines that include International Artist, Leisure Painter, Paint, and The World of Watercolour.

Awards include the St Cuthberts Mill Award and the Margaret Granger Award with the SBA, and the Schmincke Award with the Royal Institute of Painters in Watercolours. 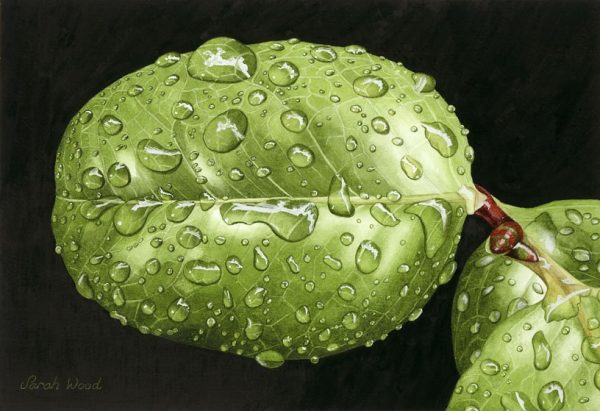 How to be a Botanical Artist

Next months exhibition draws ever closer and we have a brand new evening event to mark the beginning on Friday 13th October. The aim is to encourage aspiring botanical artists to talk to more experienced artists about their careers.

Each artist will have their portfolio of works on display and they will talk about their life as a working artist, offering practical tips on their techniques and media.

The event starts at 5.45pm to finish at 8pm within the exhibition – and you can enjoy a glass of wine.

Book a ticket for the How to be a botanical artist event via Eventbrite. The charge is £10 (£11.21 including the Eventbrite fee).