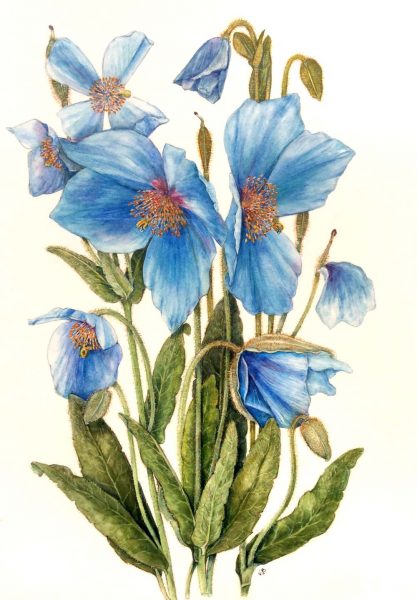 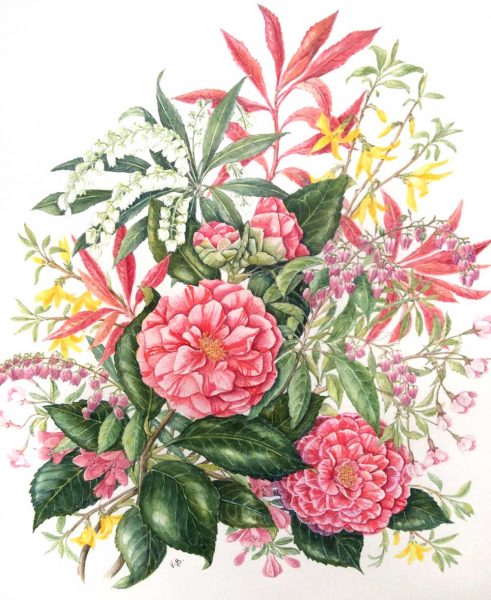 Some thirty years ago, Vivien attended part time art classes in Richmond, The Royal Horticultural Gardens at Wisley and at West Dean College in Chichester which fitted around raising young children. As time allowed, she soon started to join societies both locally to her home and then nationally, painting not only flowers but also fruit and vegetables.

She was made a member of the Society of Botanical Artists in 1996 having first won their prestigious prize; the Joyce Cuming Presentation Award. The following year she won the St Cuthbert’s Mill Award at the Societies London Exhibitions. In 2001, Vivien had two pictures entitled ‘Arbutus Unedo’ and 'Passiflora Caerulea’ published in the Spanish book, 'Arte-y-Botanica’. She also received an honourable mention at the Founders President’s Honour in 2003. A further painting entitled ‘Lemons’ was published in The Art of Botanical Paintings published by Collins in 2004.

In 2008 she was made a member of the Hilliard and Limners Society and then in 2010, a full member of The Royal Miniature Society. Since then, she has received various awards at exhibitions locally and Nationally. At 85 she continues to enjoy painting flowers, many of which grow in her beloved and well tended garden.