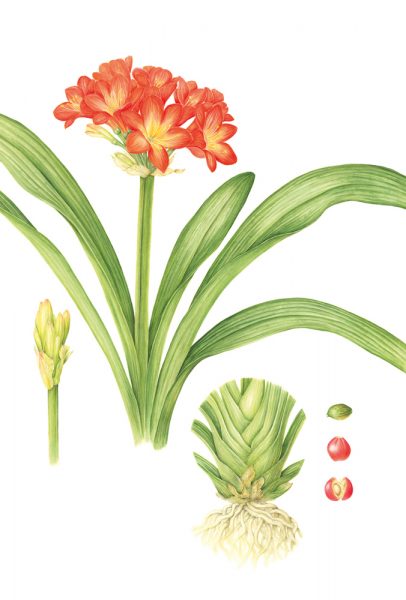 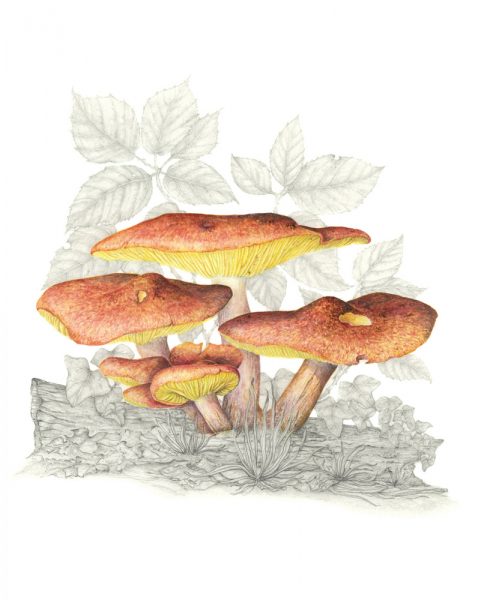 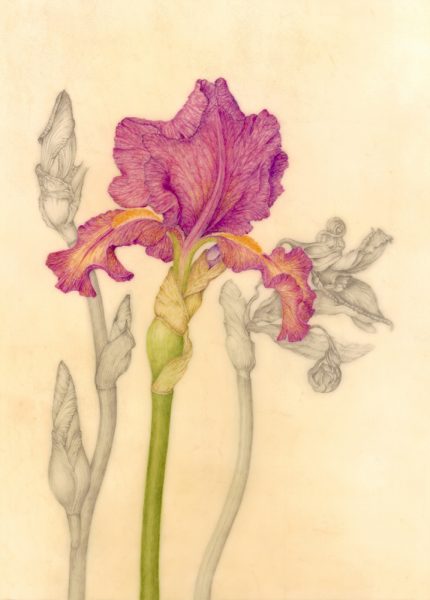 Sheila’s love of plants and flowers was much influenced by her mother’s passion for gardening. In 2004 after taking early retirement from a career in Secondary teaching

she received a Certificate of Botanical Illustration at Leicester College. After which she studied  several short courses at The Chelsea Physic Garden.

She works with watercolour, graphite and mixed media on paper and vellum .

Until moving from Leicestershire to Suffolk in 2017 she was member of The Leicestershire Society of Botanical Illustrators, with which she exhibited, regularly. In 2011, three of her paintings were included in the Society’s exhibition at The Shirley Sherwood Gallery of Botanical Art, Kew Gardens, London.

In 2005, Sheila was awarded a Silver Medal by The Royal Horticultural Society, London, for her paintings of fungi in their natural habitat.

For the past ten years, she has exhibited with the Society of Botanical Artists in Westminster Central Hall, London and in 2008 received full membership. In 2007 and 2013 she was awarded Certificates of Botanical Merit. On three occasions she exhibited her work, with the Society, at Palmengarten, Frankfurt and in 2018 in Madrid and Woburn Abbey, UK

Recently Sheila has exhibited with a local Art Society in Woodbridge and is  interested in encouraging the development of  Botanical Art  in this area.

Her paintings are held in several collections, including the Chelsea Physic Garden archives and in private collections in London, Germany and New York.