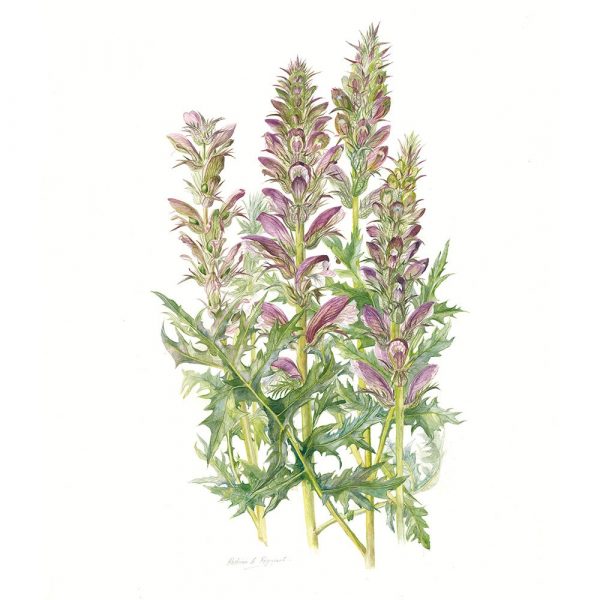 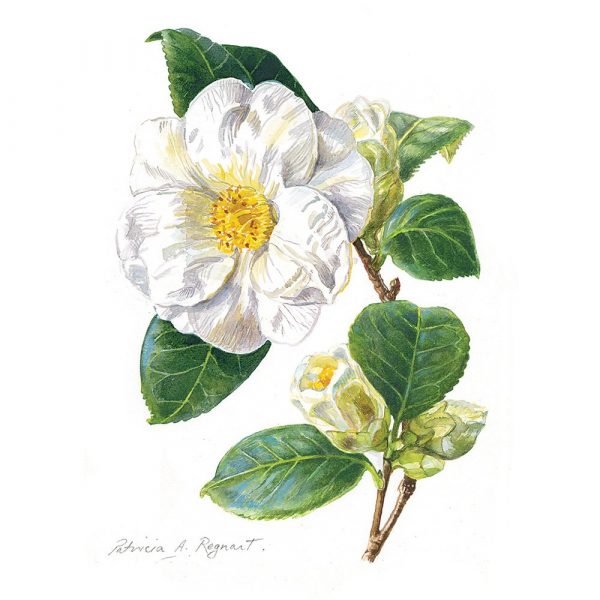 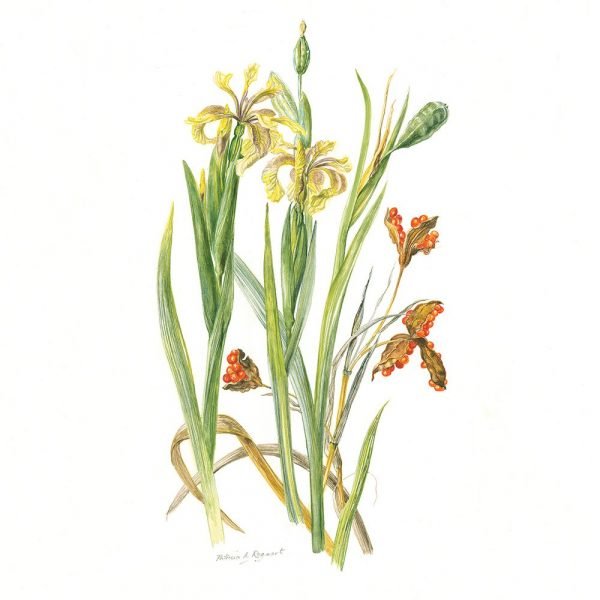 Patricia Regnart was born in Leicestershire and moved, as a child, with her family to Ireland.  There, wonderful landscapes & colours had a lasting effect.  No sprays or herbicides were used in those days & the proliferation of flowering plants was unforgettable.  She began to draw & paint early on, eventually attending the National College of Art, Dublin, where she studied drawing & commercial art.  This was followed by courses in painting & print-making at the City & Guilds of London Art School, where she later became part-time tutor in plant-drawing, often taking her students to Kew Gardens.

Print-making has been one of Patricia’s most loved means of expression.  For a number of years in the eighties she was commissioned by Peter Bell, Fine Arts Burford to make topographical etchings in colour of Cotswold landscape.  Her studio was in West Oxfordshire for 20 years.  From here she exhibited widely, galleries included the Neptune gallery, Dublin, Constance Hurst Antiques, Los Angeles, the Moorland Gallery, Cork Street, Zella 9, Fulham Road, amongst other West End galleries.  The Phoenix Gallery, Lavenham, Suffolk & The Dolphin Gallery, Colyton, Devon, have also shown Patricia’s work.  She exhibits annually with the SBA since becoming a member in 1990.

Patricia is greatly saddened by so much destruction of our flora in so many areas, & by the over-use of sprays.  She feels that only by making the public aware of what is being lost, will prevent more of our once common plants from vanishing forever. She loves the challenge of a new & unexpected plant that demands all observational & painterly skills available.