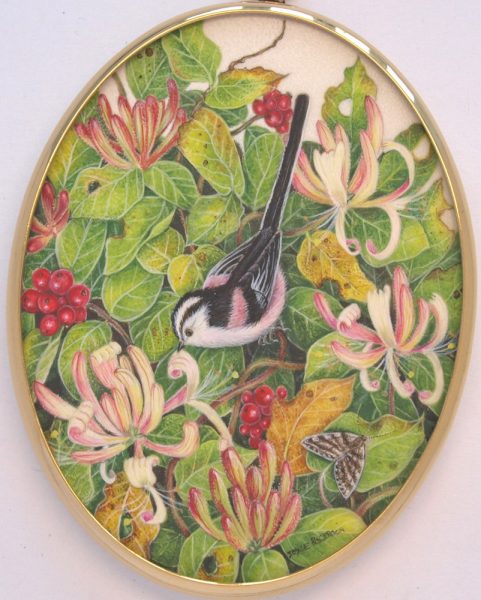 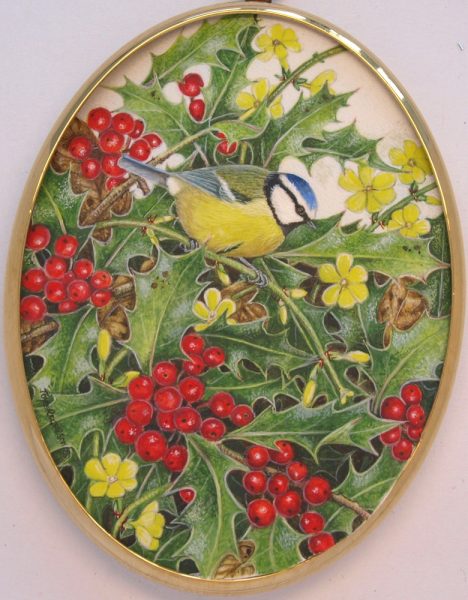 Joyce usually paints wild flowers accompanied by butterflies and birds. Her inspiration is found whilst walking on the North Downs, and tries to cover an area of six miles daily, when she is not painting. Her watercolour miniatures are always painted on vellum.