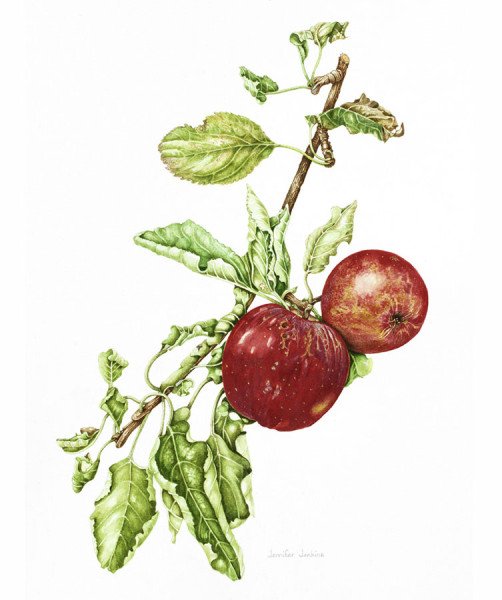 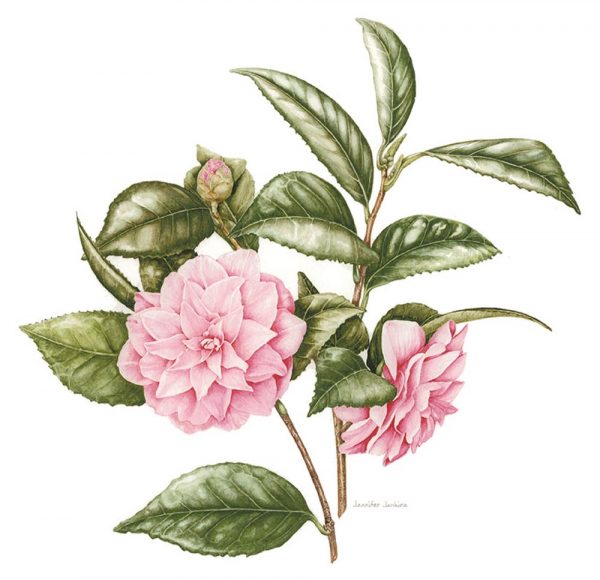 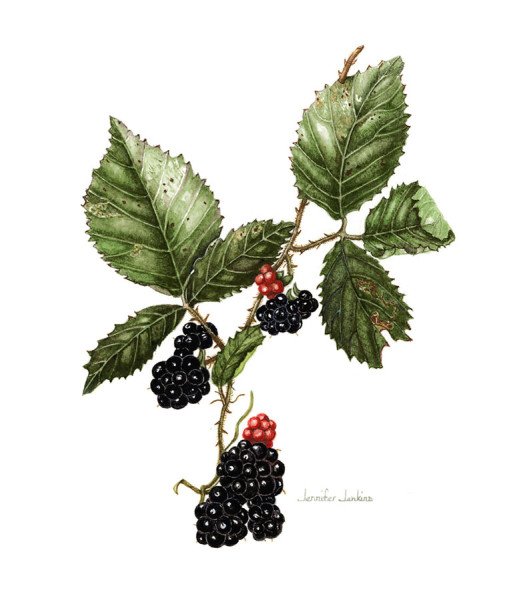 Jennifer’s love of art stems from early childhood, when art and music were a large part of her family life.  Educated at Cardiff College of Art, she progressed to a successful career directing marketing for a Canadian embroidery manufacturing company.  This involved her in a wide variety of design work for films, television, sport, royal insignia and company logos.  Some years later working for a multinational British company, she created a wide range of literature, including colourful product and incentive brochures.

Jennifer’s work has taken her to Canada, the USA, the Far East and Europe.  She later developed great enthusiasm to paint botanically, in watercolour.  The experience of her commercial work requiring a keen eye for detail, coupled with the discipline of preparing illustrations for the printing press, needing clean lines and a crisp finish, followed through into her paintings.

Elected to membership of the Society of Botanical Artists in 2004, Jennifer received the runner up St. Cuthbert’s Mill Award in 2006.  In 2007, in association with the Society of Botanical Artists she painted Camellias for a Madrid calendar and was featured in the book ‘The Botanical Palette’ published by Harper Collins.  She exhibits annually with the SBA in London, at Florum in Kent and April to September at Pashley Manor Gardens, Sussex.  Her work has also been shown in the John Noott Gallery at Broadway Arts Festival and twice at the Palmengarten in Frankfurt, Germany.  Her paintings are in private collections both in the United Kingdom and overseas.