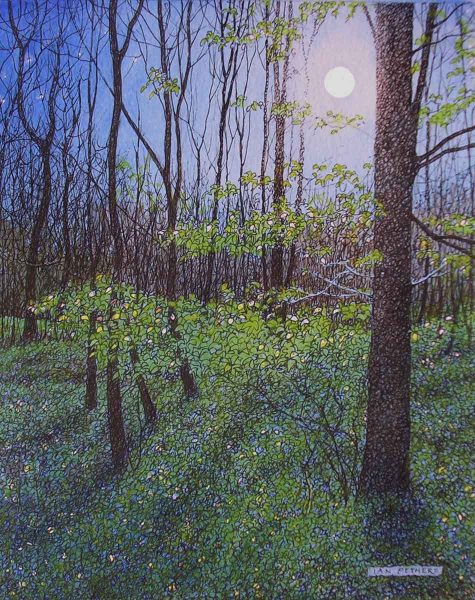 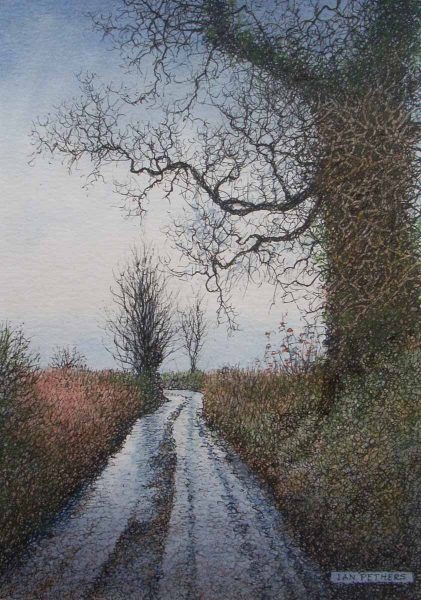 Ian was born in London in 1956 and grew up in the Thames Valley. He took to drawing and painting at an early age fascinated by the insects and flora in the locality. He took to studying at his secondary school in Langley, Berks, and later on at night school at Marlow Community College.

From 1976 to 1989 he worked as a relief lock-keeper on the River Thames, during which time he explored the river and produced over 100 ink and watercolour paintings and was elected a member of the Society of Botanical Artists in 1989.

He moved to Cornwall in 1990 and has since illustrated several national hotel guides and designed book covers. Ian’s current inspiration is drawn from trees and forests, an abundance of which can be found around his home in the Tamar Valley.

In 2001 Ian was elected a member of the Royal Society of Miniature Painters which includes a variety of subjects.