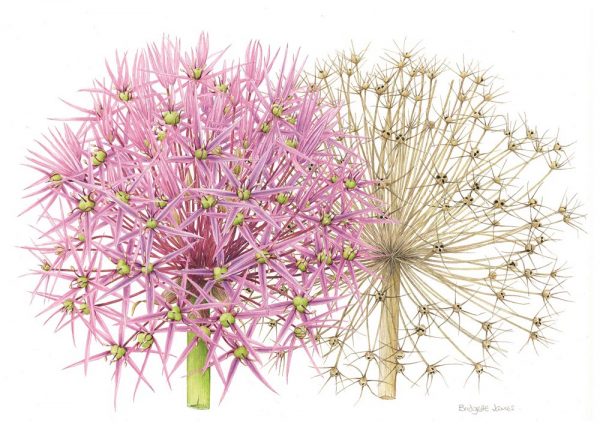 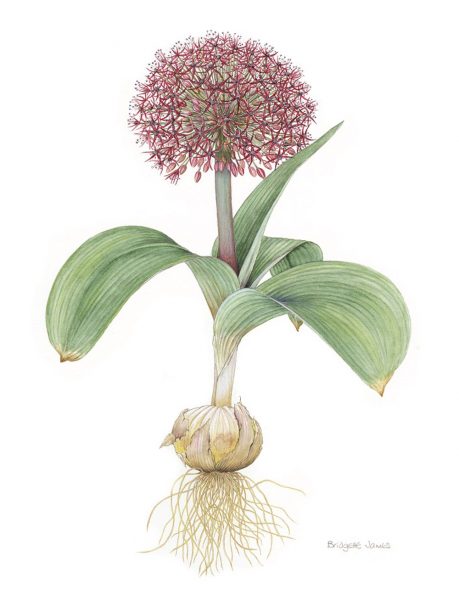 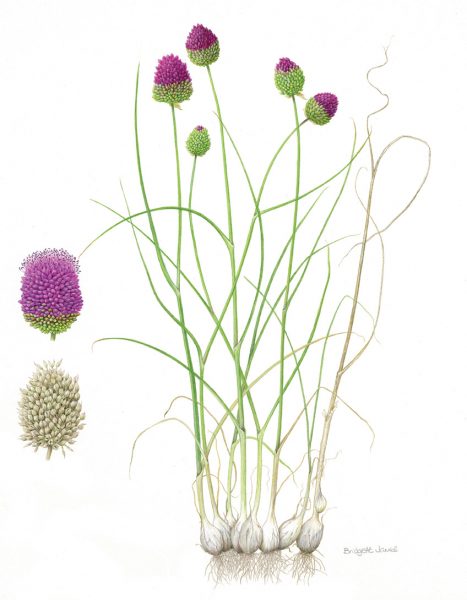 Growing up in rural East Anglia, Bridgette James’ affection for the flowers and insects of the hedgerows led her to take up a career as a professional artist in 1987. Her detailed watercolours of flowers are often accompanied by dragonflies and native British butterflies in which she has a special interest. Illustrations have been included in the Puffin Factfinders series, Readers Digest publications and in magazines produced by Orbis Publishing Ltd and Eagle Moss Publications Ltd. Her work is held in private collections in Ireland, Germany, Italy, Turkey and the USA.

Two large wall panels showing Palm Trees painted by Bridgette are displayed in the Sharjah Desert Park Natural History Museum in the United Arab Emirates. In 1995, she was commissioned to design a set of telephone cards featuring ‘Wild Flowers of St. Ouen’ for Jersey Telecom.

In 1997 Bridgette exhibited at the John Innes Centre and in 1998 was a participant in the Phillips ‘Rhino Rescue’ charity auction. She was commissioned to illustrate The Wildlife Trusts Guide to Wild Flowers which was published in 2002, New Holland Publishers UK Ltd.

In February 2017, Bridgette was awarded a Silver-Gilt Medal for her exhibit ‘Alliums’ at the RHS Botanical Show in London.

Bridgette is always pleased to accept commissions and can be contacted by email.

Any cookies that may not be particularly necessary for the website to function and is used specifically to collect user personal data via analytics, ads, other embedded contents are termed as non-necessary cookies. It is mandatory to procure user consent prior to running these cookies on your website.