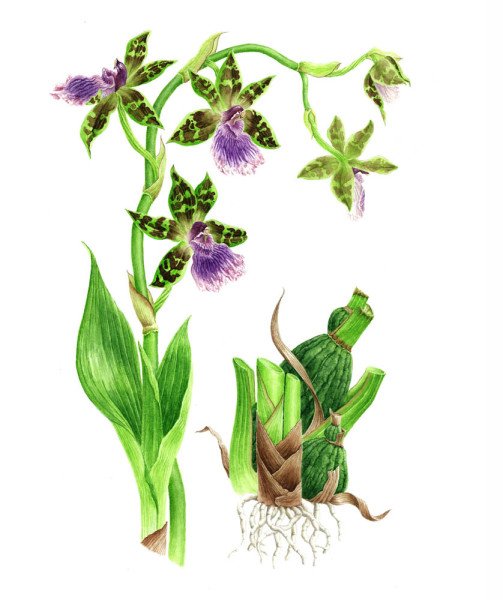 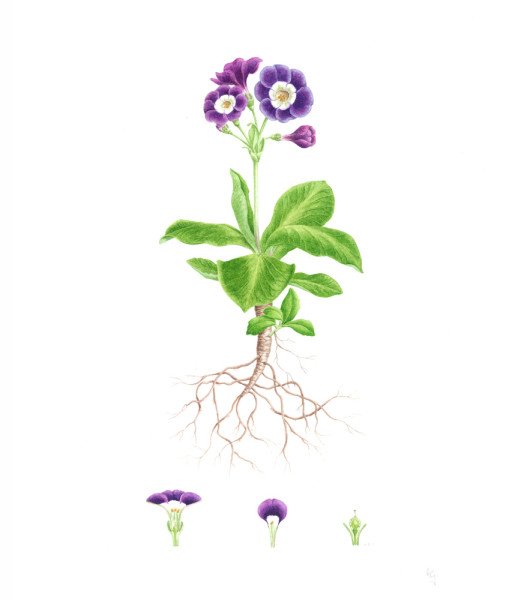 Although having an interest in flowers and drawing from a very early age I was something of a later starter when, at the age of 40, I started my formal art education with an ‘A’ Level followed by a Foundation Course in Art and Design at Hinckley and North Warwickshire College of Technology and Art.

I was heading towards further studies in fine art when a friend introduced me to a botanical art illustration class then….. bingo! This form of art encompassed my abiding interest in plants, their structure and engineering and my love of detail and observation so in 2009, taking my courage in both hands, I enrolled on the SBA Distance Learning Diploma Course for which I gained a pass with distinction in 2011.

In 2012 my painting of Lilium ‘Anastasia’ was commissioned and used for the first of the newly designed front cover for the de Jager Spring 2013 Bulb Catalogue and in the same year another of my paintings featured in a publication by the University of Birmingham promoting Winterbourne House and Gardens.

In 2013 I was awarded a Silver Medal by the RHS at their Malvern Show and I became a full member of the SBA in 2014. I’m also a member of the Institute of Analytical Plant Illustration.

I regularly exhibit at the SBA Open Exhibition and Pittenweem Arts Festival, Fife which runs alongside the annual Edinburgh Festival. And since 2011 I’ve run courses in Botanical Art in Caldecote Village Hall and Ratcliffe Culey both near Nuneaton Warwickshire.