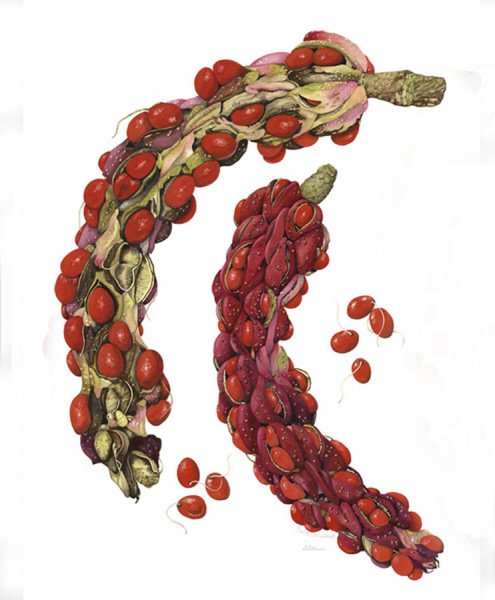 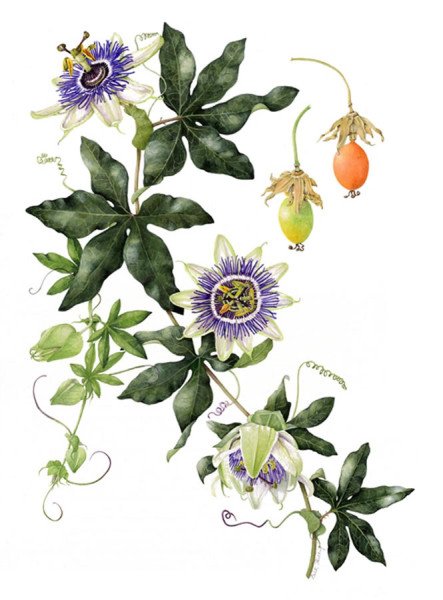 Beth acquired a Special Honours Degree in Botany at Kings College, London and a Diploma in Education at Bristol University. She was Head of Biology at Sir William Perkins School, Chertsey, Surrey (1966-1969) and later, Head of Careers Counselling and teacher of biological sciences at the British School of Brussels, Belgium (1979-1990). In 1969, her reference monograph “The Bacteria” was published.

After moving to the United States in 1990, Beth undertook voluntary work with the Brandywine Conservancy in Pennsylvania, which provided the opportunity to familiarize herself with native plants and to illustrate a manual for the identification of wildflower seeds. Beth gave several solo exhibitions, including The Missouri Botanical Garden, St Louis; The Albrecht Kemper Museum of Art, St Joseph, Missouri and The Kansas City Botanical Garden. In 2009, a solo exhibition took her work to The Cynon Valley Museum in her hometown of Aberdare.

In the USA, Beth was juried into the National League of American Penwomen and in 1999 received their Award of Excellence. She is currently a member of The Society of Botanical Artists, Hampton Court Palace Florilegium Society and The Gloucestershire Society of Botanical Illustration. She won an R.H.S. Gold Medal in 2008 for her paintings of the “Savage Sarraceniaceae”, one of which resides in the Dr Shirley Sherwood collection. She was awarded a Diploma in Botanical Painting with distinction by The English Gardening School, at the Chelsea Physic Garden, London in 2008. Beth received Certificates of Botanical Merit at the S.B.A. Annual Exhibition, London in 2008, 2010 and 2015. In 2015 she also received The Great Art Award for her painting of Magnolia sprengeri ‘Westonbirt’.

Beth has been a freelance artist for Hallmark Cards, Kansas City (1995-2004). Her work has been featured in Artist & Illustrators magazine and has illustrated the cover of a book, “Passion Flower”, by the award-winning author, Cyrus Mistry.

Beth specializes in watercolour but also enjoys working with coloured pencils and in pen and ink.