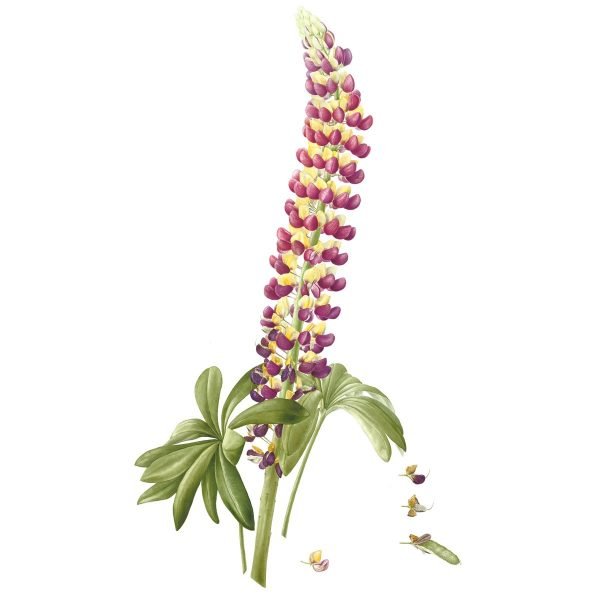 In the late nineties, Angeline moved from New York back to her roots in Surrey, UK. Having redesigned her house and garden following the arrival of her children, she was inspired to apply for a place on the prestigious Botanical Painting Diploma Course, run by the English Gardening School at the Chelsea Physic Garden, London from which she successfully graduated in 2007 with distinction. In 2009 Angeline was elected a full member of the Society of Botanical Artists and exhibits internationally.

Her botanical artwork is included in both public and private collections including the RHS Lindley library, Dr Shirley Sherwood, The Hampton Court palace Florilegium and The Hunt Institute. Angeline is passionate about the meticulous, detailed study and portrayal of plants as works of art. Her main inspirations come from locally sourced material or from connecting plants to tell a story. She includes both species and cultivar plants portrayed either as botanic plates or atmospheric studies and artistic depictions in the botanic art style. Her work is often produced in series.